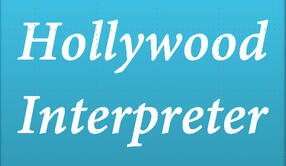 Elena Chang, Your Expert
for All Things Korean

Elena is a classically trained (MFA, CalArts) actor, experienced professional Korean translator and interpreter.In her previous life in Korea, she earned a law degree from Seoul National University, Korea's most prestigious educational institution, before accepting an editorial position with Chosun Ilbo, Korea's newspaper of record. Elena subsequently worked as a television reporter as she began her stage acting career.Her diverse experience, scholarly bilingual research skills, and solid business ethics make her the preferred Korean language and culture specialist for her many customers in the international entertainment industry.Affiliated with American Translators Association (voting member) and SAG-AFTRA 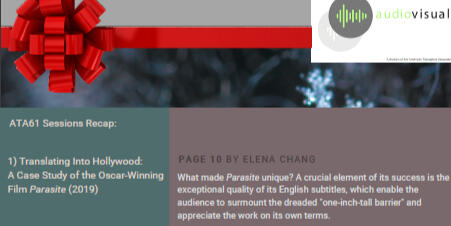 "Dear Elena Chang, a professional, polite and smart person like you is very rare."
Talal Smadi, President, Translate International"It has been my privilege to work with Elena for years. Her projects have been for some of our most challenging and picky clients. All of whom have agreed that her work is amazing – getting their message and delivering to the target audience exactly as intended. As a project manager consultant for over 20 years, it is rare to find a linguist who is both a talented, high-level linguist and easy person to work with. Elena is one of those extraordinary individuals."
Anne Mills, Consulting Senior Project Manager, Gracor"Recently, I needed to produce an audiobook of my short story Kimchi Kitty for Alfred Hitchcock Mystery Magazine. I reached out to Elena because in addition to being an established translator/interpreter, she is a professional voice talent. She always states that she's a non-native English speaker, but her diction is clear, easy on the ear and those acting chops shine through. I can't wait to hear her many voices on AHMM's podcast come the New Year!"
Martin Limón, Author of the Sueño & Bascom military mystery series
(15 novels and two dozen short stories to date)"Dear Elena, It was wonderful to work with you recently. Thank you so much for joining us on our project! We really appreciate the time and effort you put in to make our ideas come to life. It truly felt like we were transported inside this world because of your great voice acting. It also felt like you made a personal connection with the fictional characters, which was heartwarming to see."
Banchan Team (Producer Eunice Shin and Director Hana Choi)"I have worked with Elena on a super complicated subtitling project. My client wasn't well prepared and I didn't get all the information needed beforehand so that the whole job was a lot more difficult and demanding than expected.
Throughout the whole process, Elena provided excellent work, always responded quickly to my mails and handed everything in before the deadline. I highly recommend her and I am looking forward to working with her again myself. I don't think you could find a better translator/subtitler than her."
Till Rudolph, English-German Translator, textimbild"I have had a really tough time with Korean vendors (in terms of quality and also communication) in the past. Glad I now have you as a partner—high quality, awesome communication, education, explanations, great attitude. Ok that was your annual review. Thanks again!!"
Gerry Carson, Owner, GlobalPath Translations"Elena Chang was great to work with at Anime NYC 2019. As an actor, I knew Elena would be fine interpreting for a hall packed with fans. The Korean artist and Korean speaking crew loved Elena's work and confidence to guide them through the chaos of a comic convention. I look forward to the next opportunity to work with her!"
Junko Goda, Actress & Japanese-English Interpreter"Elena Chang is my go-to Korean language expert for Hollywood. As both an actor and a translator, she understands how to contextualize a scene, and how language must reflect the emotional tone of the scenes. She is immensely helpful in not just interpreting the language but how to express it as a performer. I can’t recommend her enough."
James Kyson, Actor, HeroesLeonardo Nam, Actor, Westworld, on Elena's Korean dialogue coaching